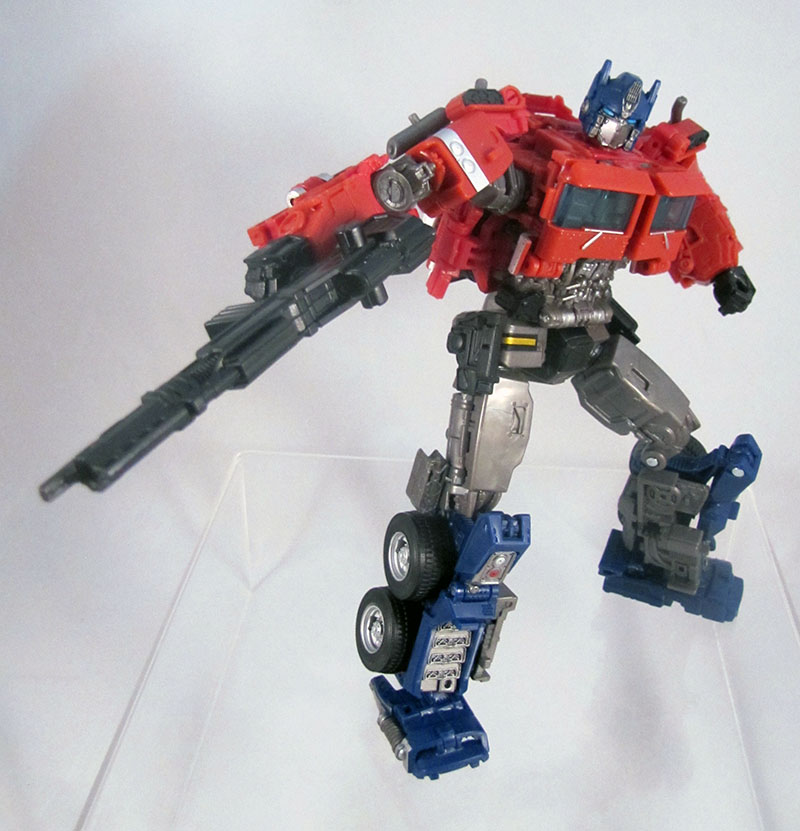 When I was a much younger lad, in those golden years before even the term "Autobot" had made a resurgence within Transformers stuffs after a long nap, when buying a new Optimus Prime (not Primal) toy seemed like a crazy pipe dream, I had lots of ideas about What Optimus Prime Should Look Like In Real Life.  It was largely based on the aesthetics of the original 1984 toy, with its giant box for a torso atop a pair of comparatively skinny legs.  It was very "this thing is a truck first and a robot second," with this shell of a Freightliner housing this skeleton of pistons and gears.  This foggy concept floating in my brain was my Idealized Prime.  And you could nourish that sort of thing for forever as it grew and grew, because in that desert bare of any possibility of a Transformers revival, that was all you figured you'd ever have.

And then, you know, suddenly came the parade of reimagined Optimus Primes across countless aesthetics, culminating in a recent snap-back to the source material (by which we mean the cartoon). 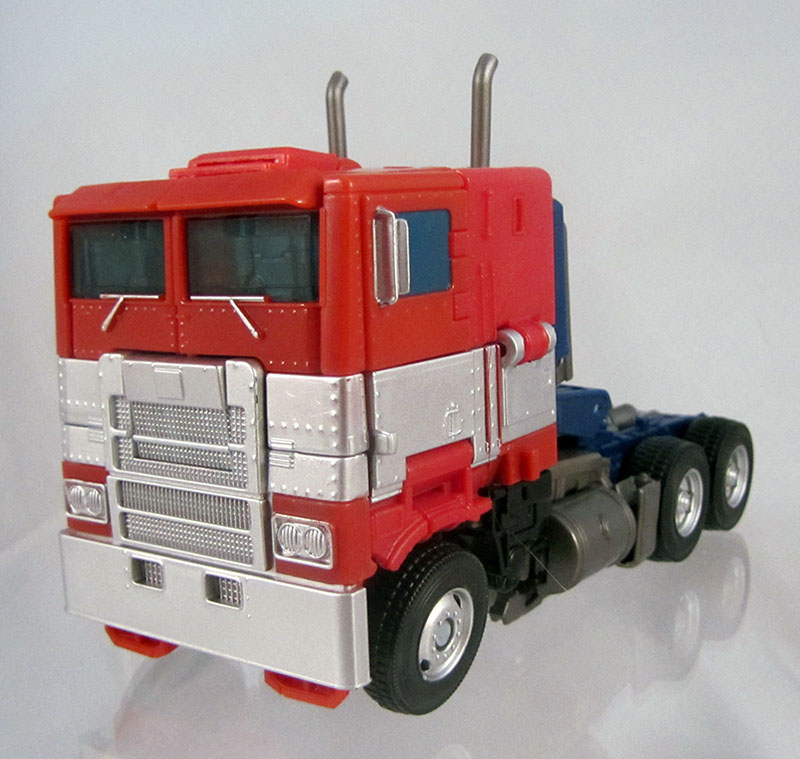 But Bumblebee Movie's Optimus Prime is so very close to what was in my brain all those decades ago.  Mind, I'm talking more about the action figure itself.  What we see on screen has less of what I want.  The CGI model is, you know, just An Optimus Prime.  The toy, though, has to become a truck.  And so that toy IS truck.  The robot IS truck.

And what a friggin' great truck it is.  Unlike usual, this Voyager Class Optimus Prime toy feels like it's prioritizing the truck and then making a robot out of that truck.  It's not just an Optimus Prime chest with robot legs poking out the back.  It's an actual truck.  The back of it doesn't look like legs.  Instead, about half of the legs folds up into the back-end of the cab.  This leaves a more realistic-looking hitch section behind, which should really be just some railing for wheels to attach to. 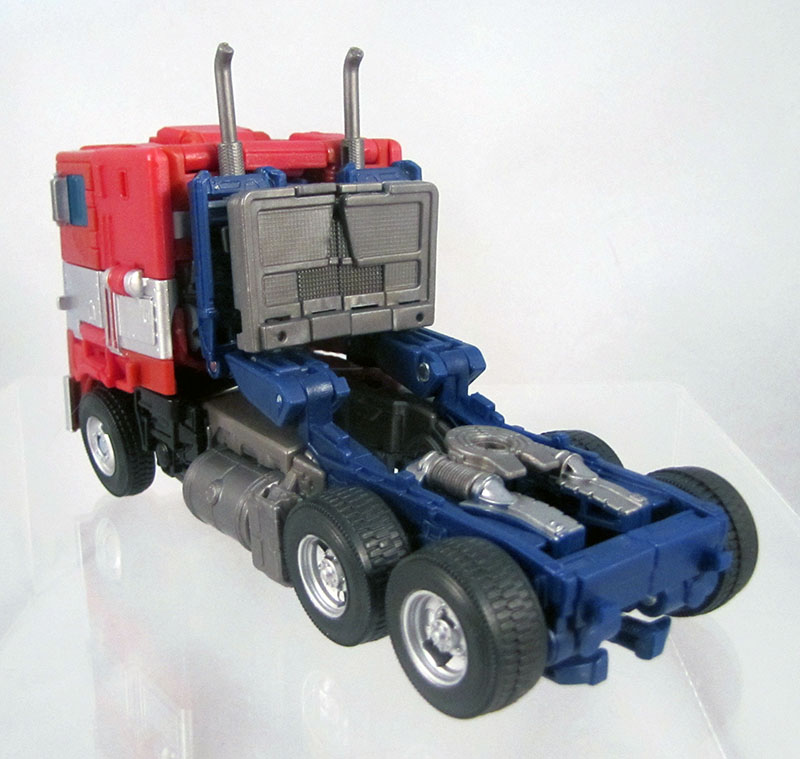 The rest explodes and then recompacts into a solid robot form.  Most of the bottom front of the truck, including the bumper, flips and turns around to become Optimus Prime's back.  His arms hide inside the cab in the usual L formation, but some panels cover them from view.  Some parts might pop out of their hinges in the process if you're not gentle, but they snap back on.  This is the toy's only frustration. 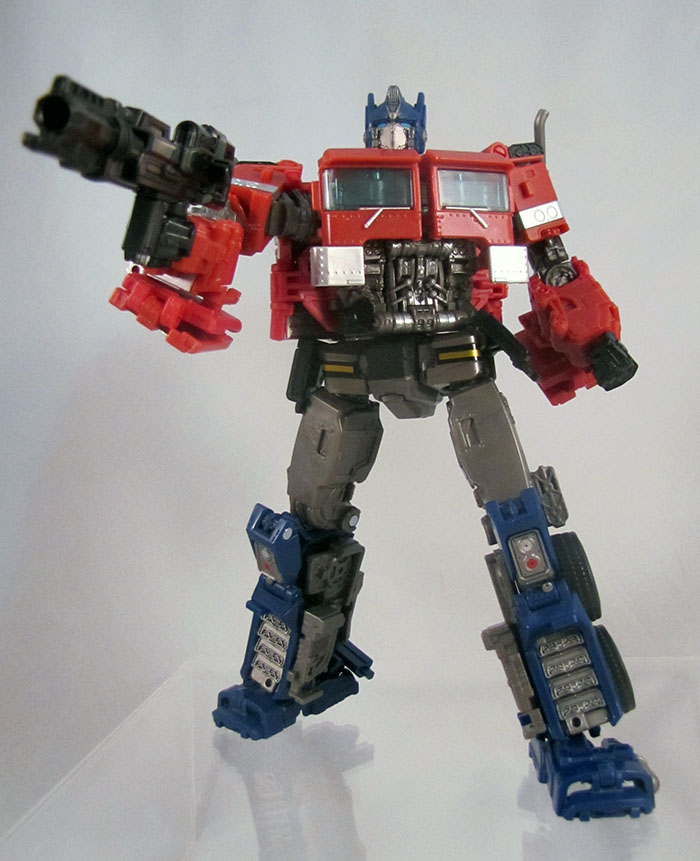 The result is a robot that looks like it's made of truck.  An Optimus Prime made out of truck parts, rather than a truck made out of Optimus Prime.  I prefer to keep the silver stripe ab pieces folded down.  This is not accurate to the CGI model, but it's accurate to how I view the shape of Optimus Prime's chest.  It's a giant box.  Flipping the stripe-abs down approximates this.

Plus if you got a hankering to go watch this design in motion, you'll see an Optimus Prime who shoots to disable, not shoots to graphically disembowel.  That's an extra bonus.