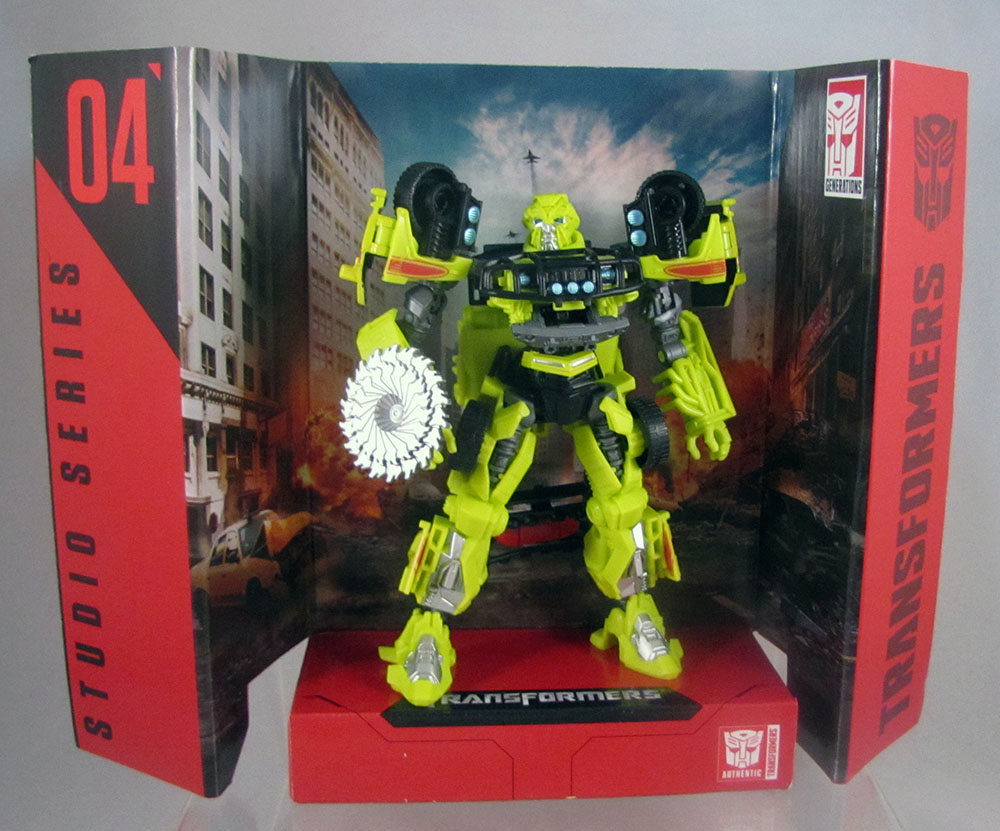 The Transformers live-action movies are over a decade old now, so we're getting a new ... commemorative(?) toyline in Studio Series.  It seems to be taking the place of last year's The Last Knight toyline on store shelves (you gotta maintain your retail footprint), and towards the end of the year it will eventually encompass toys related to December's Bumblebee The Movie or whatever its specific title is.

Among Studio Series' strengths, seen from a distance, is that it goes back and gives a few older characters newer, better, more appropriately-sized toys.  A Leader Class-sized Blackout, for example.  A new Leader-Class-sized Grimlock that's actually based on his finalized screen appearance and isn't a half-chromed awkward curiosity.  A Revenge of the Fallen Megatron that's not bizarrely teal.

Another strength is that... extraordinary lengths (for Hasbro) have been traversed to make each toy roughly in scale with the rest of the line while in robot mode.  That means that despite Bumblebee and Ratchet both being Deluxe Class toys, Bumblebee is a very small Deluxe and Ratchet is more on the large size.  So, bravely, Hasbro is trying to sell some smaller toys at us for the same price as the bigger dudes, but altogether, the toyline will look nice standing up in a row. 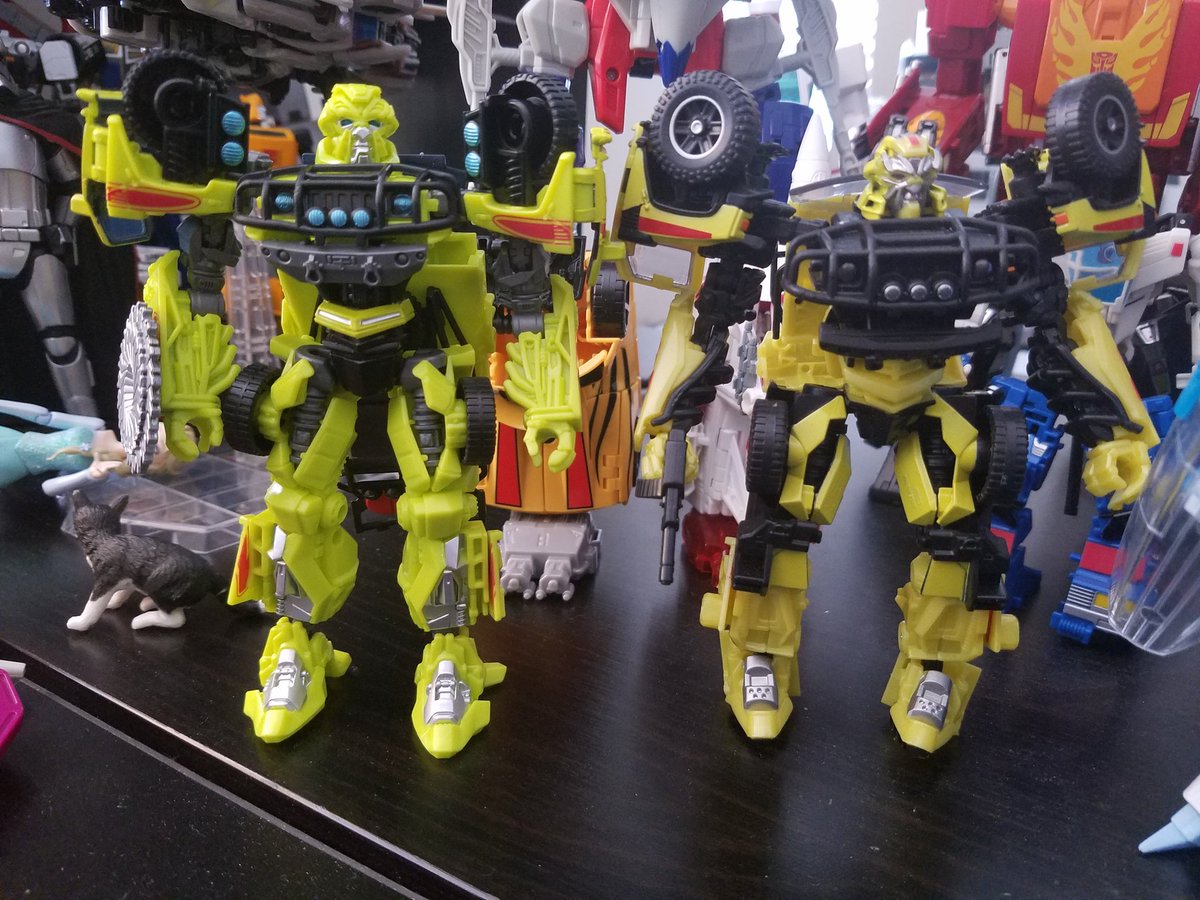 Ratchet is a completely new toy, though he transforms pretty similarly to the last Ratchet toy, the Deluxe Class Dark of the Moon version, which was recently done up in fancy paints by Takara in their "Transformers Movie The Best" line.  Studio Series Ratchet does not compare favorably to The Best Ratchet in the paint department.  There are some areas that TB Ratchet underperforms, to be sure -- he has no shin paint, for example, nor are his flashers painted -- but overall, TB Ratchet just looks better than SS Ratchet.  Actual movie CGI Ratchet's face is more gunmetal than green, but SS Ratchet's head is mostly unpainted green plastic, and the likeness strongly suffers for it.

Studio Series Ratchet also has trouble staying together in vehicle mode.  His roof railing stuff is rubbery plastic, and it has trouble laying flat across the roof, even though there are pegs to plug in.  It just wants to bend outwardly.  (Also, since it is one long rubber piece, it hangs off his back like a cape, rather than being able to be folded up and tucked away.)  Additionally, the panels on the sides of the vehicle which are formed from his shins have trouble staying pegged in, and they like to puff out.  It is very annoying! 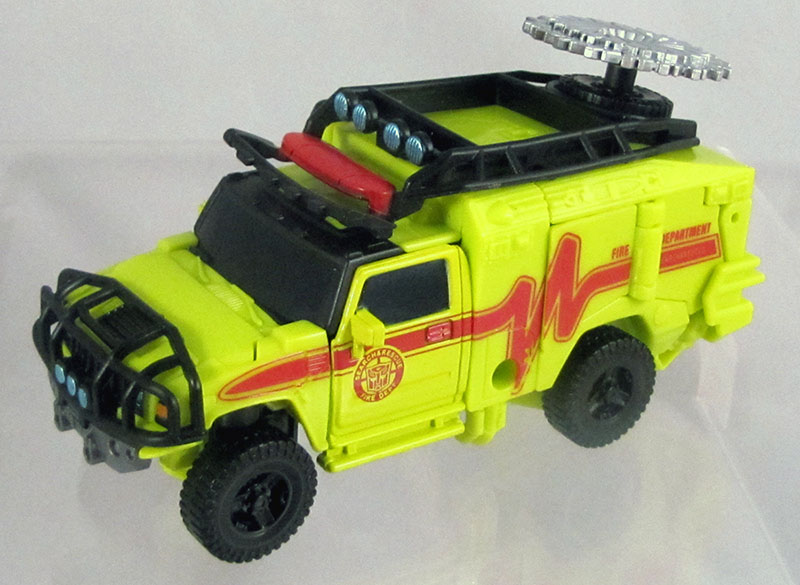 Things that are better about him?  I love that the light and piping stuff is finally included on his shoulders.  In recent Ratchets, they were fine with just leaving his wheels up there unadorned, but on Studio Series Ratchet you can rotate the wheels around in robot mode to display his proper kibble.  I also like that his buzzsaw weapon is included.  It'd been a while.  And, yeah, it's appealing that he's a larger Deluxe than usual.  Plus he's a very bright green!  Movie Ratchets are often a desaturated yellow or a gross pea green, but this one is properly sunny-looking.

I bought him because I like Ratchets, and this was a completely new tooling.  It's hard to strongly recommend him otherwise.