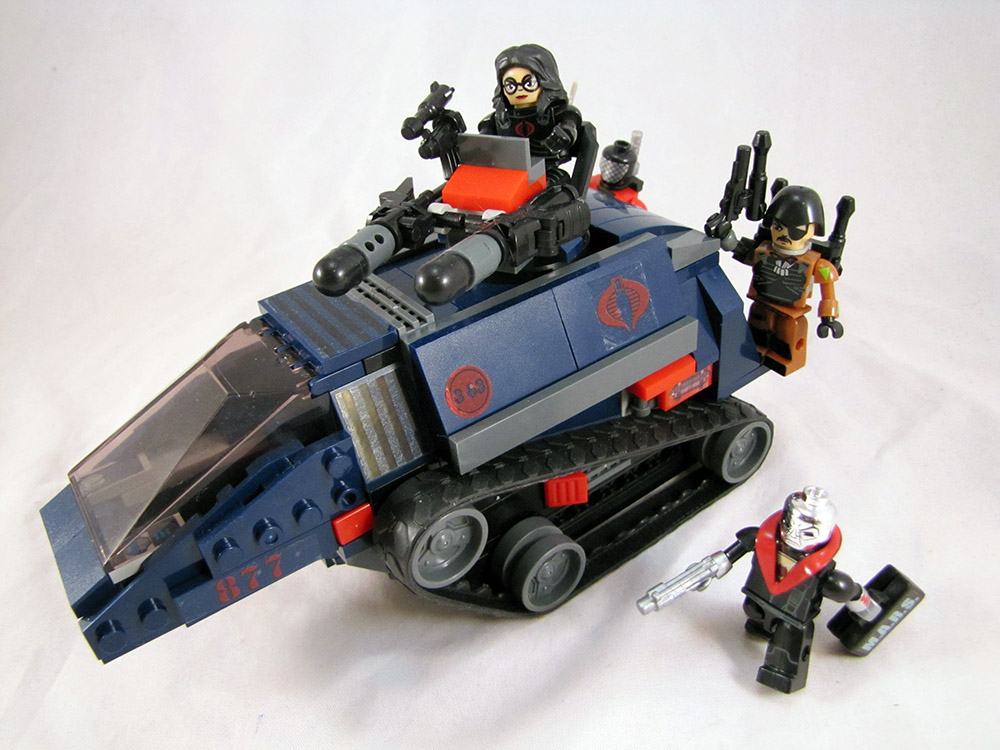 Finally Kre-O gave me what I've been wanting all along, a Destro Kreon.  Everything else in the GIJoe Kre-O line exists merely to support this Destro figure.  It's nice that they saw fit to put him with Baroness and a HISS tank, two other things I wouldn't mind having.

It's not nice that these three things came packaged with some giant-ass sprawling ninja dojo or whatever, including Snake-Eyes and some other ninja dudes.  I have assembled my Destro and Baroness and HISS tank.  Those other things remain in the box, perhaps for all eternity.  They are surplus to my requirements.

Kreon Destro has a chrome head, as one would expect, and he comes with a rifle and a M.A.R.S. briefcase.  The briefcase contains one single $100 bill.  Destro's a high roller.