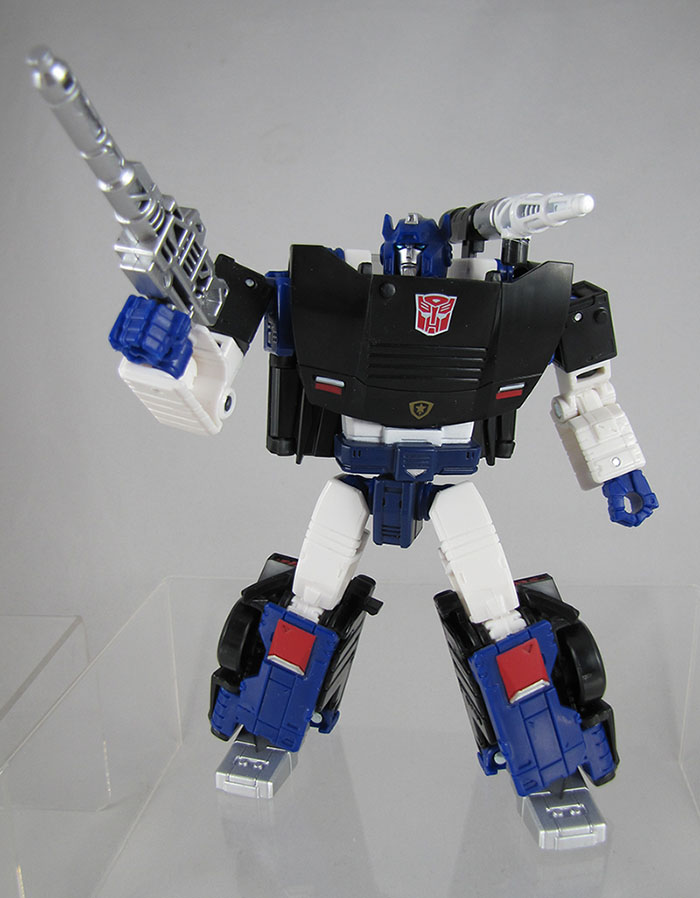 Stege Sideswipe's a pretty solid toy, so I'm basically okay with them pumping out like sixteen recolors of him.  And it's a good thing I am, because they are!

BUT in 2003, eHobby reissued that deco as a new Transformers character, Deep Cover, with the Lambo logos replaced with a similar-looking but far more generic and IP-friendly starred badge.  Deep Cover was an undercover policeman!  ...With kind of conspicuous giant golden badges on his doors and hood, so we assume he wasn't a great undercover policeman. 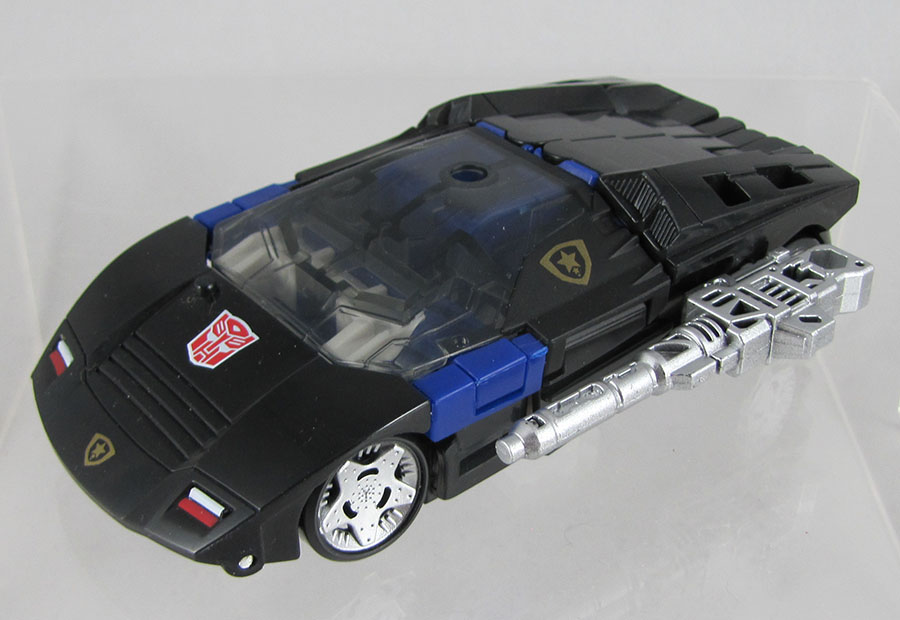 Generations Selects Deep Cover recreates that deco on the Stege Sideswipe toy, golden badges and all.  The Stege car mode for Sideswipe doesn't have, like, bare, stickerable doors, per se, so the door badges kind of go up on the edges of the roof.  It looks fine.  I mean, the whole thing looks great.  Black and blue and white is a great combination on this toy, even if it's really just a red/blue swap for the Generation 2 Sideswipe we got two years ago.

He just went up online for preorder a few days ago (I got mine from a smaller independent toy store), so, like, if you want one, it's a good time to grab him.  He's expected to ship imminently from most places.