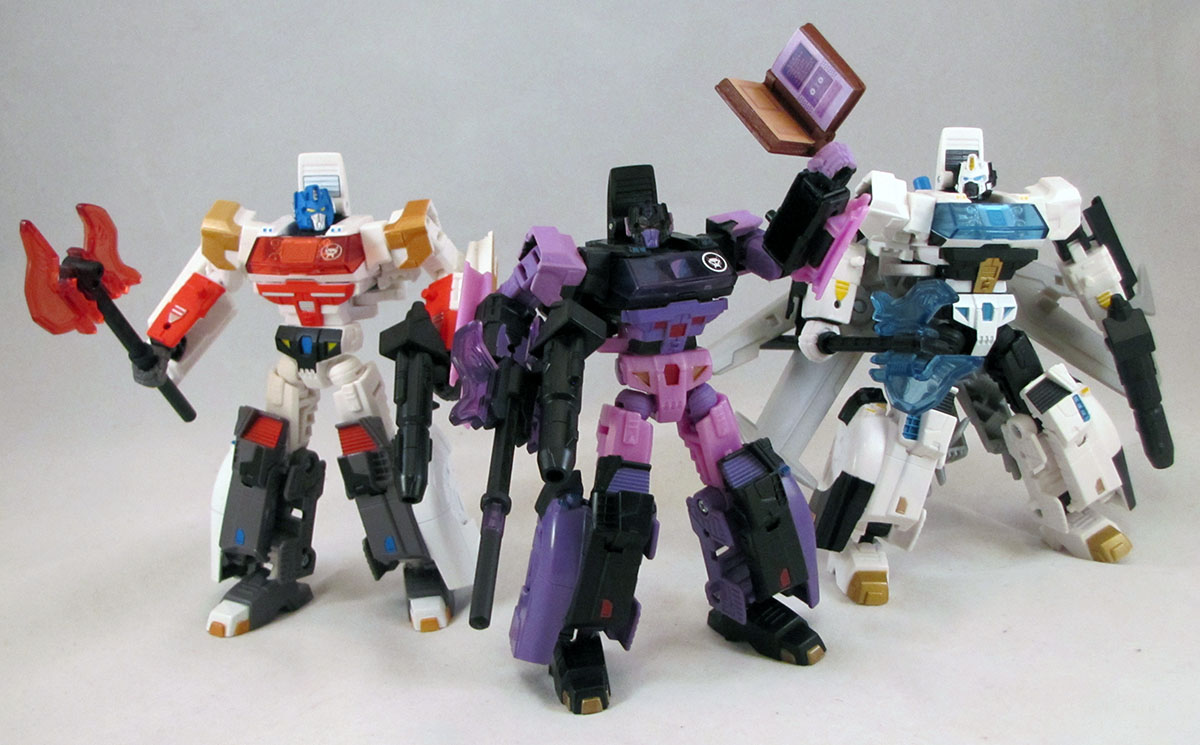 BotCon's been over for a week, but I've been pretty lax in getting some talk up on my site about the stuff I picked up.  But hey, here's Galva Convoy!  He built him myself, separating all his plastic parts from the sprues, pushing in pins and screwing in screws, and painting/stickering him.  I really enjoy the process of putting the BotCon Customization Class toy together, which is why I keep going back every year.  It's just calming to sit there and assemble a guy.

Galva Convoy is a redeco of Nova Prime (the super racist) and Lio Convoy (the ... lion.... guy...) who were both offered from the Transformers Collectors' Club this year.  He's in homage to the original Galva Lio Convoy, who was an extremely limited (like, 50 of him) version of Beast Wars II Lio Convoy in Beast Wars II Galvatron's colors. 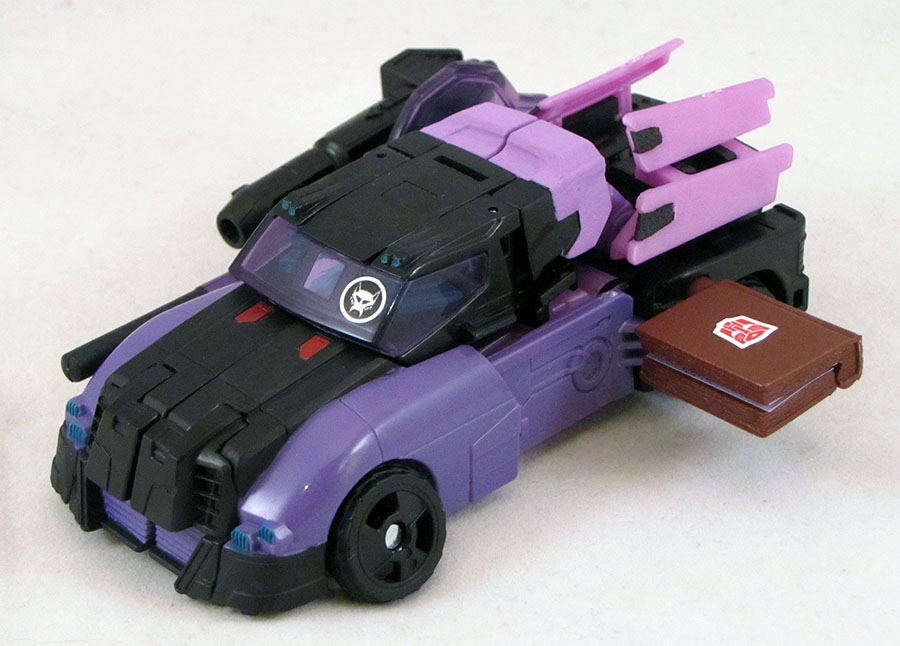 He comes with a fan-made Covenant of Primus book, designed after its appearance in Beast Wars.  They were given to you in the class upon completed assembly of your Galva Convoy, as part of an incentive to actually put it together, since a handful of folks take the class just to take their Galva Convoys home unassembled still on the sprues.  And, y'know, probably sell it.  That's not in the spirit of the class!  And also Hasbro's like "dude, we only safety-tested these things assembled, so that kinda leaves us wide open legally" so, yeah, the class gave us this small gift for assembly.  It was "handcrafted by Japanese fan Myu" according to the written materals.  It opens up to a 90 degree angle and has a 5mm peg at the bottom.  The written materials also say the accessory is "neither manufactured by nor endorsed by Hasbro."  Does that last bit mean this little thing can even go on TFWiki?  I dunno.

Since the toy was mostly black plastic, there was more steps to painting areas of the toy than usual, since some of the colors required a base coat.  This is true of the stuff painted lavendar, red, and gold.  The black and blue violet got away without needing a base coat.  The end result is very pretty, though.  Not enough pink guys in Transformers.