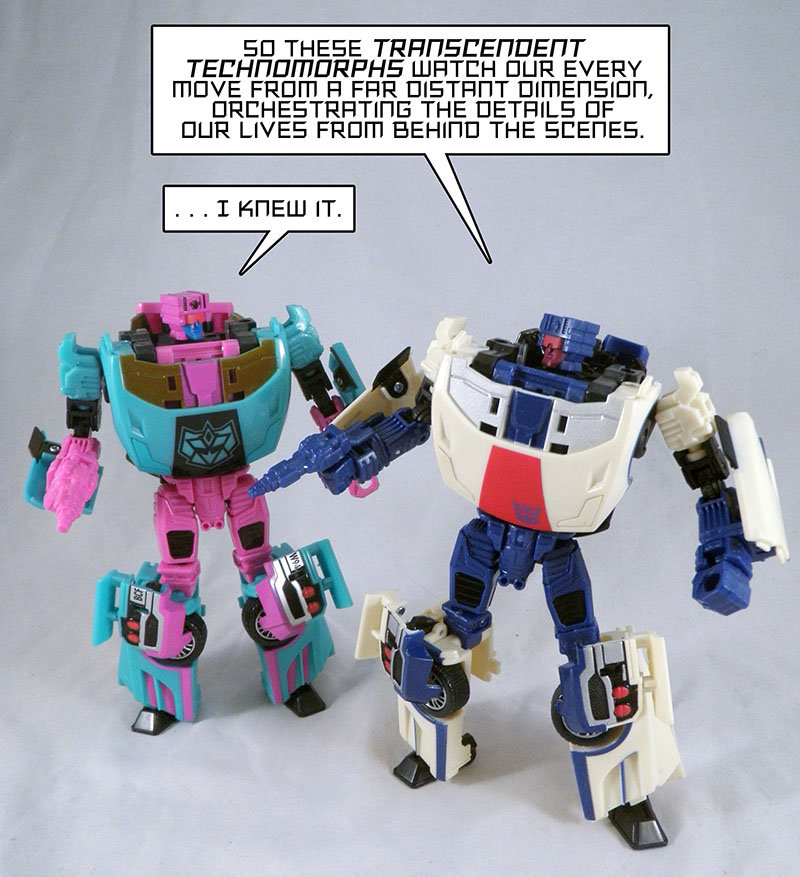 G1-style Breakdown was the toy I was least excited about in this year's Transformers Figure Subscription Service.  I mean, I've already got a BotCon toy of that guy, and in way better colors!  I know at the time, when we were getting this teal-and-magenta G2 Breakdown toy, some folks were clamoring for a white-and-blue G1 version to be one of the at-show surprises, but I do not understand those people.  I do not understand them at all.  Did they not realize that G2 Breakdown has, like, nonsensical splattered blood on his roof?  How is that not the best possible already?  Where is the room for improvement?

But those people yet exist, and so I guess this G1-style Breakdown is for them.  That's okay.  He's the sort of thing these Subscription Service toys should have -- y'know, stuff not everyone wants, so wouldn't have been done otherwise except under cover of a larger spread of toys.  Some folks can get their G1 Breakdown if I can get my Circuit.  That's how these things work. 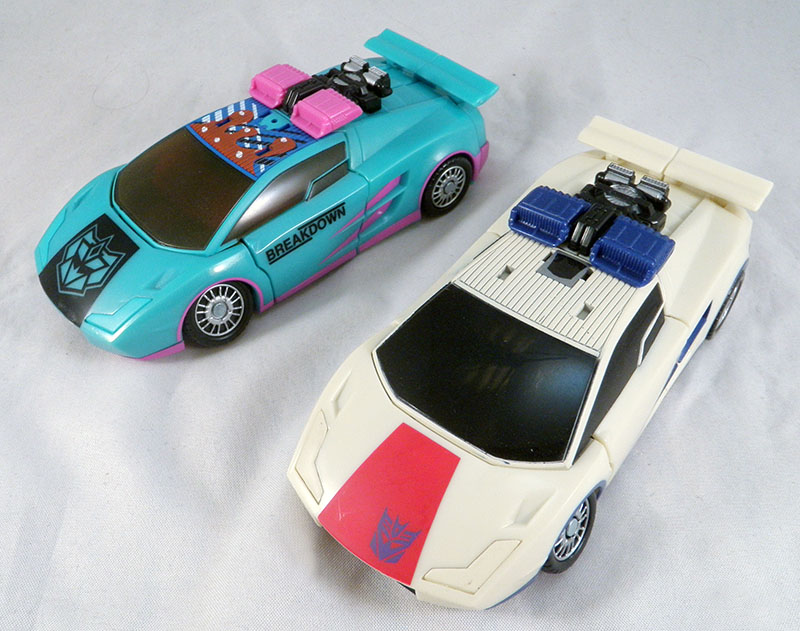 UNTIL YOU READ THE FRIGGIN' BIO.  Sure, he's the most pointless toy in the world in my eyes, but he's apparently from the best universe.  This Breakdown hails from the third issue of Blackthorne's 3D Transformers comics.  You know, the "Part one of three" story which never got its second and third parts because Blackthorne quit, in which the Autobots and Decepticons discover an enigmatic third faction called the Detructons, led by Lord Imperious Delirious.