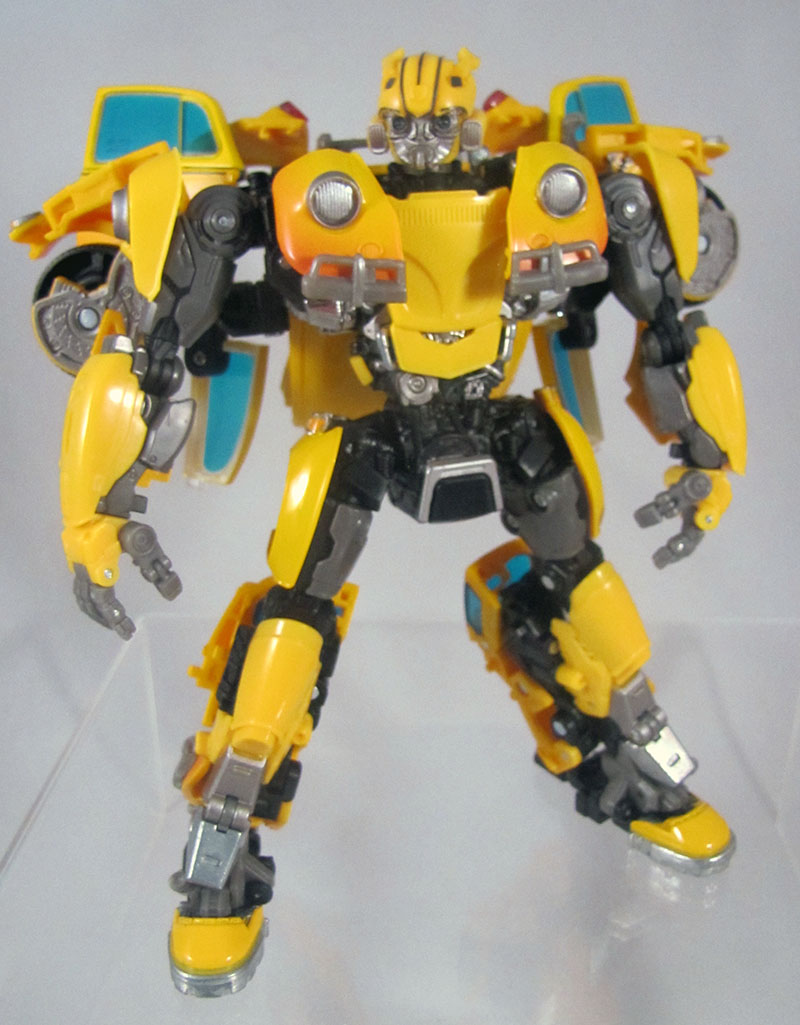 Pardon my appropriating of Lindsay Ellis's lexicon, but dang.

I spent nine full days trying to get Masterpiece Bumblebee Movie Bumblebee from robot (how he's packaged) into Volkswagen Beetle mode.  Nine days!  Several attempts!  Each time, I'd end up with this gross, annoying mess.  And the instructions are zero help.  They obfuscate more than they illuminate.  They're terrible.  The whole process is not fun!   Thanks, I hate it!

I mean, MP Bee Movie Bee is probably fine if you're cool with a very okay robot mode action figure that's based on a prototyptical version of Bumblebee as seen in the finished film.  That's, you know, the problem with making a Masterpiece toy based on a movie that isn't out yet.  The designs aren't finished.  That's why the current Masterpieces (and Studio Series toys) are so much more accurate than the original toys based on those designs -- the toy designers had a chance to actually see finished footage of the characters.  Making a Masterpiece simultaneous to the source material's release is... a gamble. 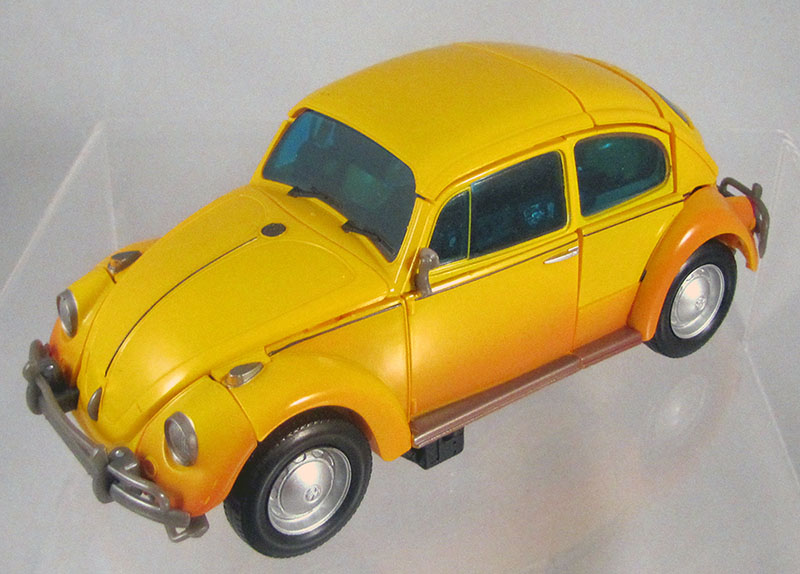 For example, you end up with this MP B Movie B with giant door wings.  Bumblebee in the film doesn't have the door wings!  They decided to flatten them down against his back.  This toy can't do that.  The door wings are jointed to be exactly the same as basically every Movie Bumblebee toy until this one.

Anyway, MPBMB comes with an alternate armored faceplate, a stinger sword and a stinger blaster.  They all can peg into his back if you want to store them there rather than in the box.  Also his chest halves flip up to reveal missile racks or whatever.  *shrug*

At least he's shorter and rounder and cuddlier than his hulked-out steroided-up future self.