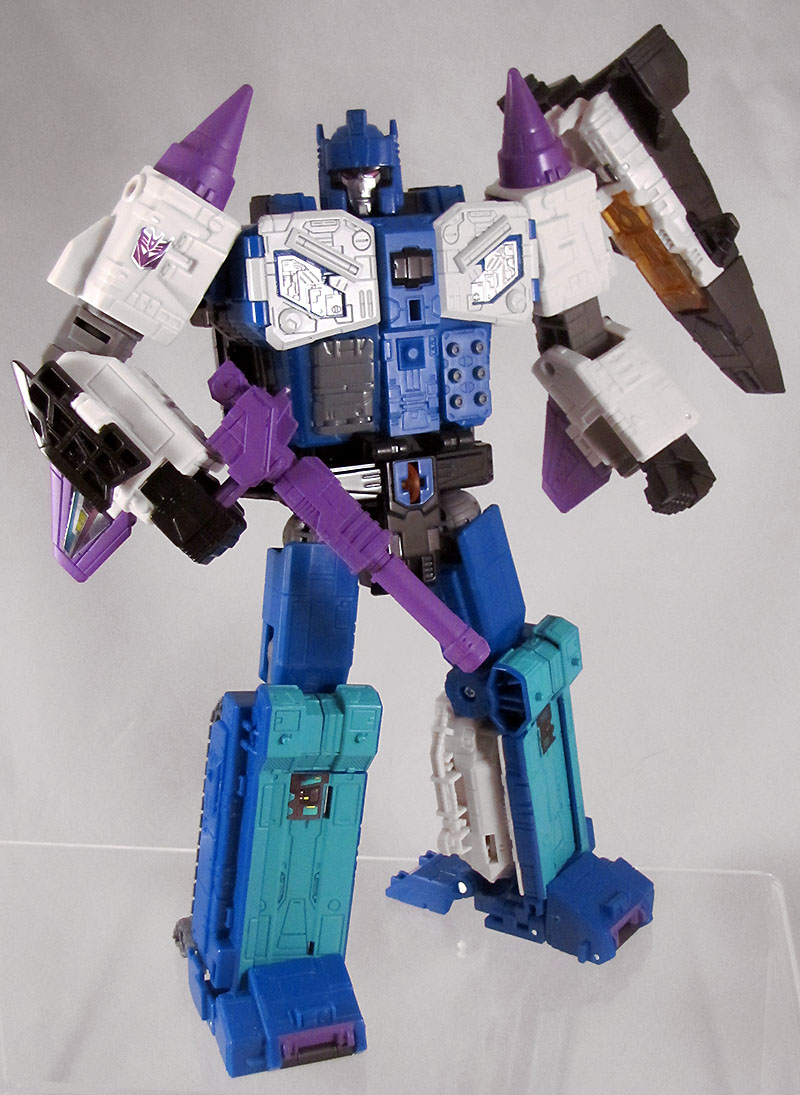 Not that he wasn't somewhat of a deal before, but folks have been very loudly asking for a new Overlord ever since he was the big villain in 2010's Last Stand of the Wreckers.  BotCon tried to jump on this hype in 2012 with a version of him retooled from Revenge of the Fallen Bludgeon, but that's always felt like a band-aid on a gushing wound of desire for the real thing.  Well, here he is, the Real Thing, probably!

I mean, I can't rule out that there'll be a Better-er Overlord at some point, but this offering seems like it's the most on-the-nose that retail can muster.  He looks like Overlord (the original toy, at least, though not the LSOTW redesign), he splits into two vehicles like Overlord (not a common gimmick), and he's the largest size class that isn't a city or a combiner, which is suitably Overlordy.  Overlord was a big-ass guy.  But, frankly, anything much larger than this and he isn't gonna fit on any of my shelves.

(note: TakaraTomy just solicited their Overlord, and they're officially mistransforming his feet in a way that extends his legs, making him taller by about an inch.  Essentially, theirs is on tippy-toes.  You can do that easily on the Hasbro version as well if you want your Overlord to be a smidge taller.) 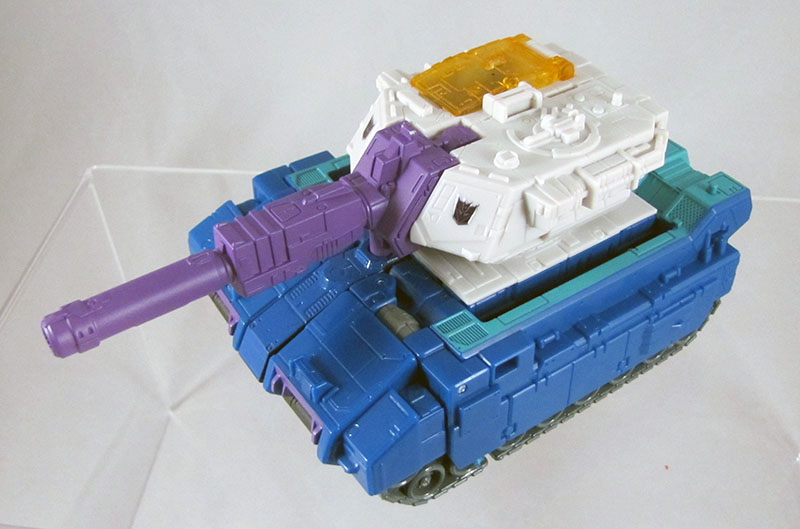 In addition to the tank and jet modes and the combined robot mode, the two vehicles can also combine into an okayish base mode.  I probably won't be using this much, but it's there.

Since Overlord is a Titans Return toy, that means he's got a little dude that turns into his head.  And since Overlord is a LARGE Titans Return toy, that means his little dude actually just transforms into the face, which sits inside a larger helmet, so that body parts remain proportional.  There's also little head-guy-shaped crevices inside doors on his chest where you can capture two other head guys.  (These take the place of the Powermaster engine plug-in spots on the original toy.)

Overall, Overlord is a solid toy.  His robot mode is where it's at and stays together like a toy that doesn't transform at all, featuring most of the articulation you'd want (though no waist rotation), and he transforms into two smaller vehicles which are also individually fun entities.  The tank mode's turret doesn't rotate, but considering how the thing transforms, that's not really surprising.

Just keep him away from Pipes.