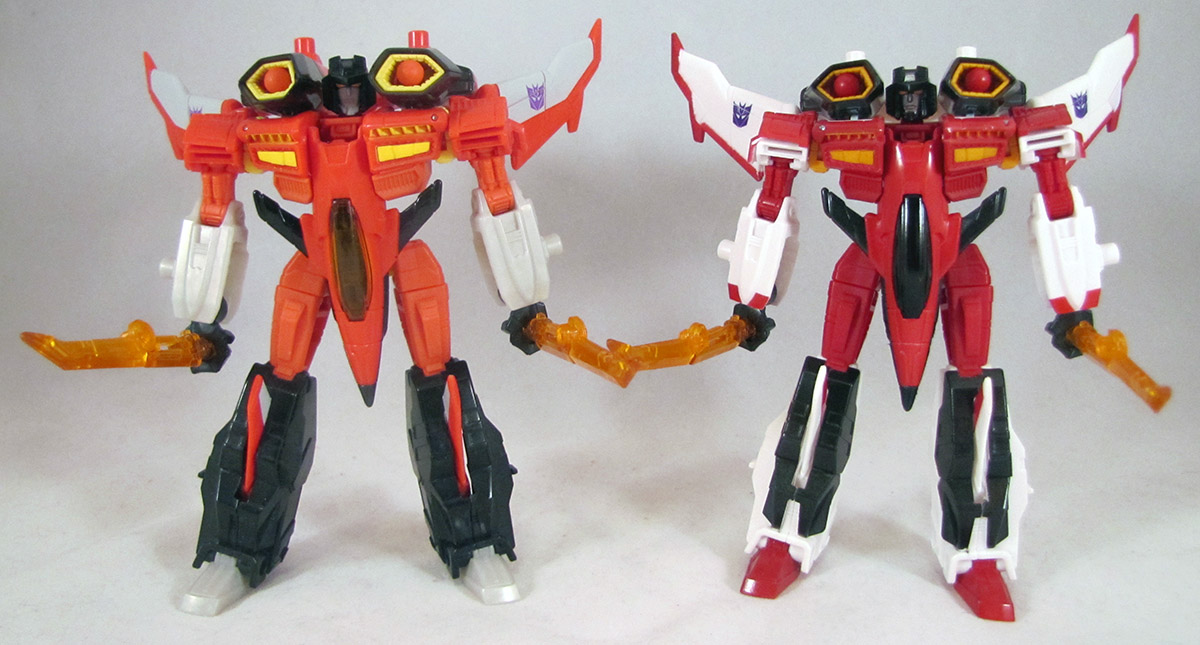 I was satisfied enough with Hasbro's "Armada Starscream" toy.  I mean, I've gushed about it a few times here before, most recently for "Super Mode"/Thundercracker, so it's clearly a toy I like.  Takara came out with their own version which was much prettier (fairly objectively, even), but what mattered to me at the time was that my toy matched how Starscream appeared in the then-current IDW comic books.  Their Starscream looked like the Hasbro toy.  So.

Fast forward to now, when I've got Super Mode Starscream and that kitbashed Sunstorm and the upcoming Skywarp and Ramjet.  Those are all painted pretty damn well, and suddenly my Hasbro Armada Starscream looks like the odd guy out.  Long story short, I got the Takara one to hang out with my other versions of the mold.

The Hasbro one can continue being the IDW guy.  The Takara one can be the Unicron Trilogy version of Starscream.  He can hang out with Thundercracker and Skywarp, and maybe Ramjet will come visit occasionally when he blows through the vacation days he's built up with Unicron.

The main difference between the two Starscreams is that Hasbro's (left) is mostly red plastic and Takara's (right) is mostly white plastic.  And then Takara puts all this red and black paint on top of that, while Hasbro kinda just let their toy be, relatively.

I love this thing.