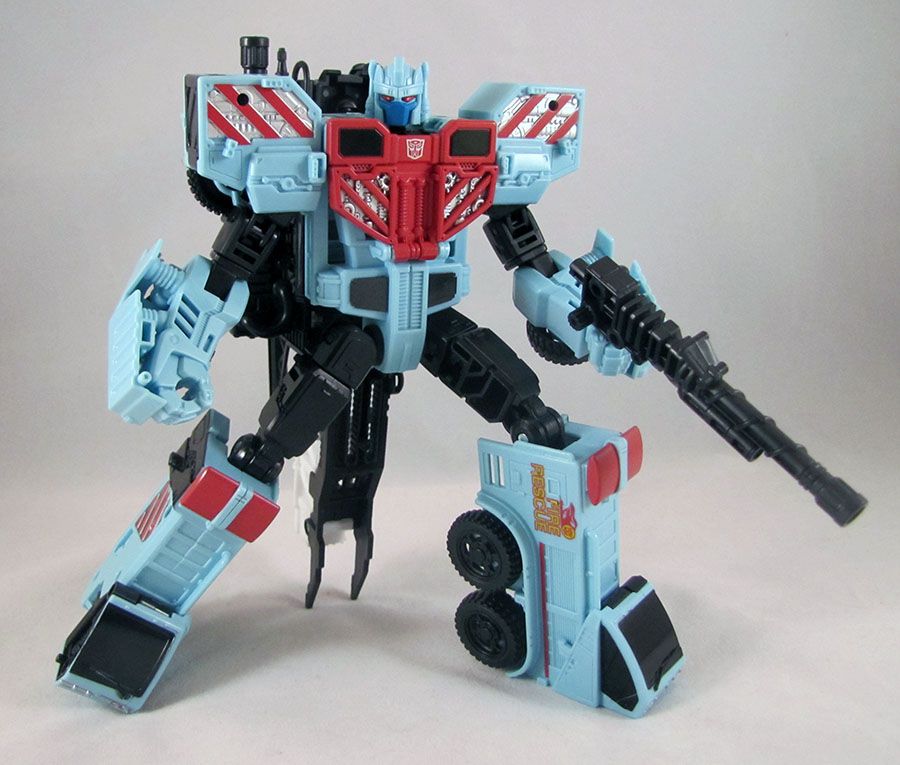 I like Hot Spot a lot.  I mean, not just this specific toy, but in general.  And, yeah, I know, it doesn't really have anything to do with Hot Spot himself.  I'm not sure I could tell you without looking what his Tech Spec bio is about.  I mean, sure, it probably says he's big into rescuing and being helpful and being a leader and whatnot.  But honestly I like him because he and the other Protectobots were among my first Transformers.  And he's a big blue fire truck, which is kind of memorable.  Red fire trucks are a dime a dozen, but this guy?  He sticks out.

Hot Spot forms the middle of Defensor, which is an aspect of Hot Spot that's been left on the table in the last few iterations of him.  Though Hasbro goes to the Combiner well not unfrequently, the Protectobots are rarely at the top of that list.  People remember the Jet Combiner Guys and the Car Combiner Guys and the Combiner Guys They Actually Remake All The Time Because They're All Different Military Vehicles Instead Of All The Same Thing, while the Emergency Vehicle Guys are in definite fourth place.  Which is too bad, because they're my favorite.  Again, solely because they're the ones I owned as a kid, but whatcha gonna do. 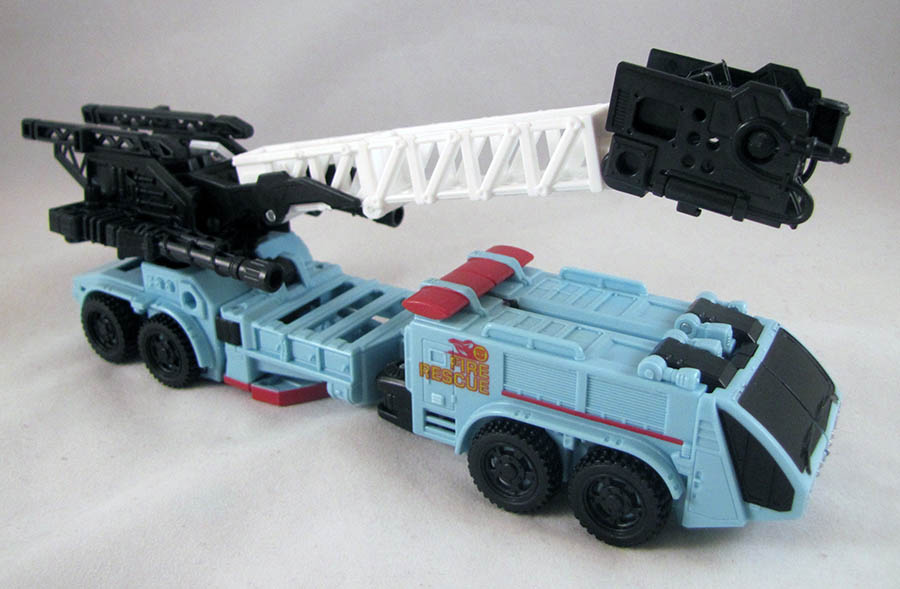 That said, Hot Spot is the best Combiner Wars torso thus far.  Optimus/Motormaster is kind of chunky and simple (which isn't entirely bad), and Silverbolt/Cyclonus is a little more involved and inventive, but Hot Spot soundly kicks both their asses.  His weakest aspect is his fire truck mode, and only because it's basically him stretching out and folding into a board.  He still has that sweet water cannon in this mode, which you can swing around and aim at stuff.  That's more vehicle mode playability than the other guys have.

His robot mode is his best-looking mode.  Optimus/Motormaster is chunky enough to be a little in his own way, and Silverbolt/Cyclonus is more lithe but still a little awkward, but Hot Spot is dynamic.  He's just fun to look at.  He looks fuckin' Ready.  His only weak spot are his knees, which are a little loose on mine, but he's got that giant water cannon behind him anyway to use as a tripod.  This really only increases his awesomeness, since you can put him in all sorts of battle poses with a built-in way to keep him standing. 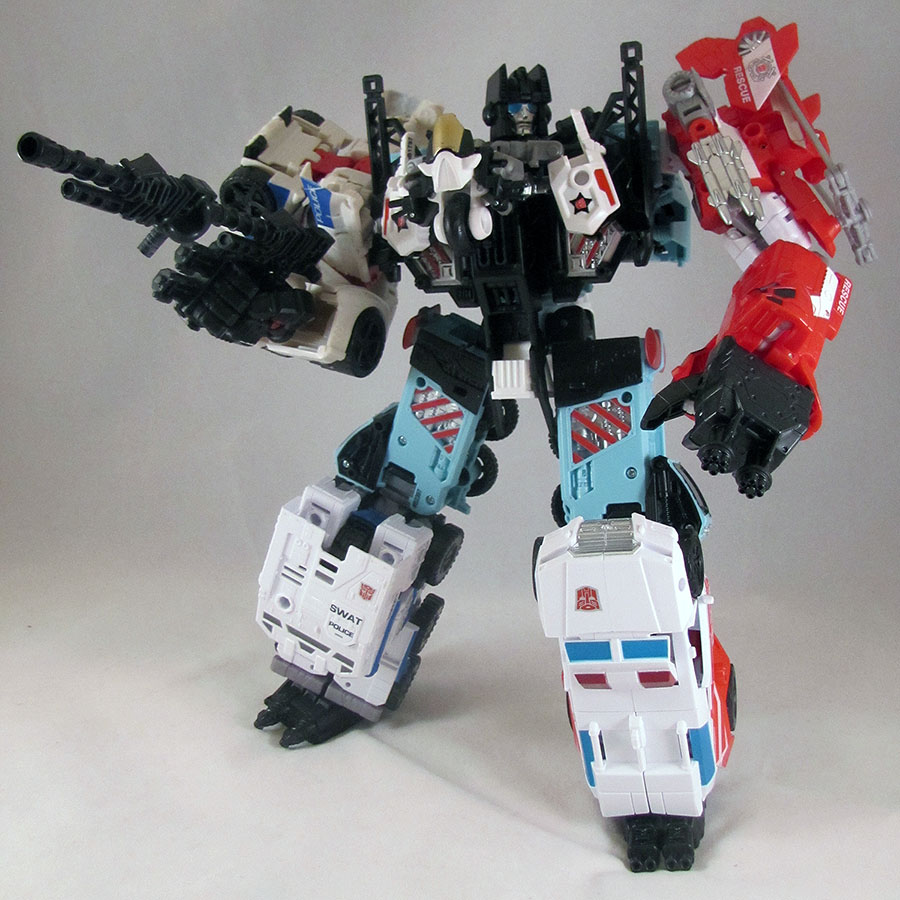 The conversion to torso mode is what really engages me, though.  That water cannon of his, like, literally wraps around him to form the chest armor and head.  The black parts which form his chest are on the opposite end of cannon structure from the parts that form his head, yet the whole thing folds down towards his crotch, across his taint, and up his back to connect.  I love it, and I love doing it.

Attaching Groove is a little fiddly.  It's not because of how secure the attachment is from himself to the chest, like with Blackjack and Menasor, but mostly because Groove himself likes to come undone out of his chest armor mode.  If Groove's arms tabbed into his legs more securely, it'd be perfect.

I like how wide Defensor is.  Skinny Hot Spot forms a chunky torso, and with the limbs and Groove attached, he just seems like this brick of a dude.  He just feels very satisfying.  Those other Combiner Wars guys are great, but for me, Defensor is where it's at.