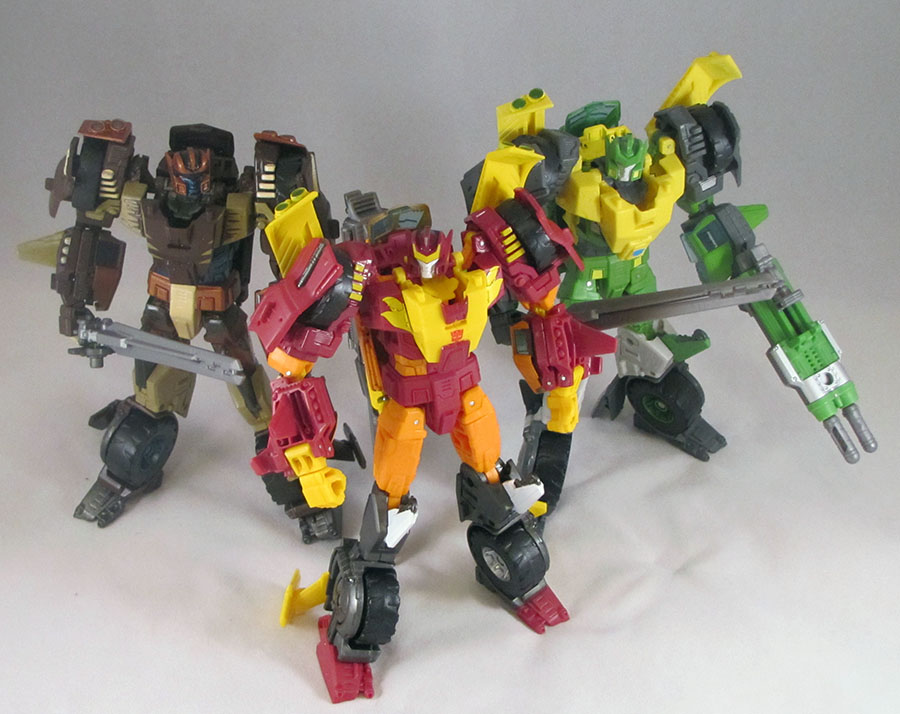 Thrilling 30 Springer is amazing.  I've said it before, but it's relevant again.  It's a fantastic robot who somehow also becomes a good car and a good helicopter.  Triple Changers are rarely great in all three modes, and yet here we are.  But on top of that, the dang thing's versatile.  With some retooling, it also became a great Sandstorm.  It's also been custom fodder for most Transformers under the sun -- Drift, other Drift, Alpha Trion, Obsidian, Dinobot -- and that's just stuff Cheetimus has done.  (The Dinobot is mine, seen in the photo.)  And it always turns out well. 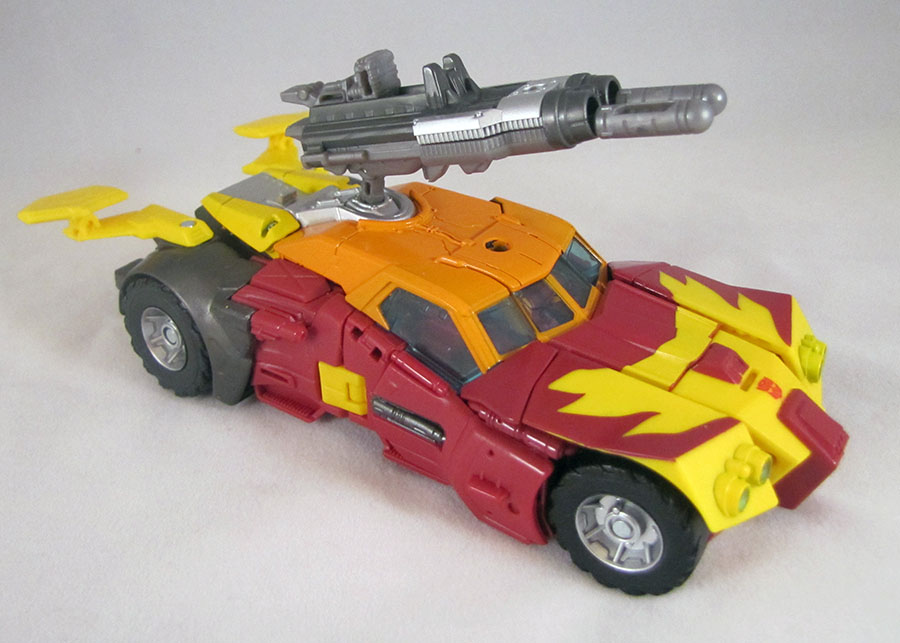 Mind, there were some steps along the way that smoothed this over.  The More Than Meets The Eye comic book ongoing series presented a Rodimus design that's more spikey and pointy than usual, including a departure from Rodimus' usual simple dome head.  That prescendent is admittedly part of what makes this Rodimus easier to swallow as Rodimus.  But, hey, I am friggin' okay with it.  I wanted a Rodimus that would pass for the MTMTE guy, and none of the previous Rodimuses really stepped up to the plate.  This guy definitely approximates MTMTE Rodimus without actually being that design.  He's got the yellow forehead, the spikey helmet in general, the red feet, the yellow hands, the orange abs... all designs I wouldn't have expected in the otherwise dogmatically-original-cartoon coloration of the rest of Rodimus's fancy-pants Transformers Cloud line.  And so I'm pretty sure he is supposed to take after MTMTE Rodimus.  Those comics seem to be pretty popular in Japan among Transformers fans, so I wouldn't be surprised. 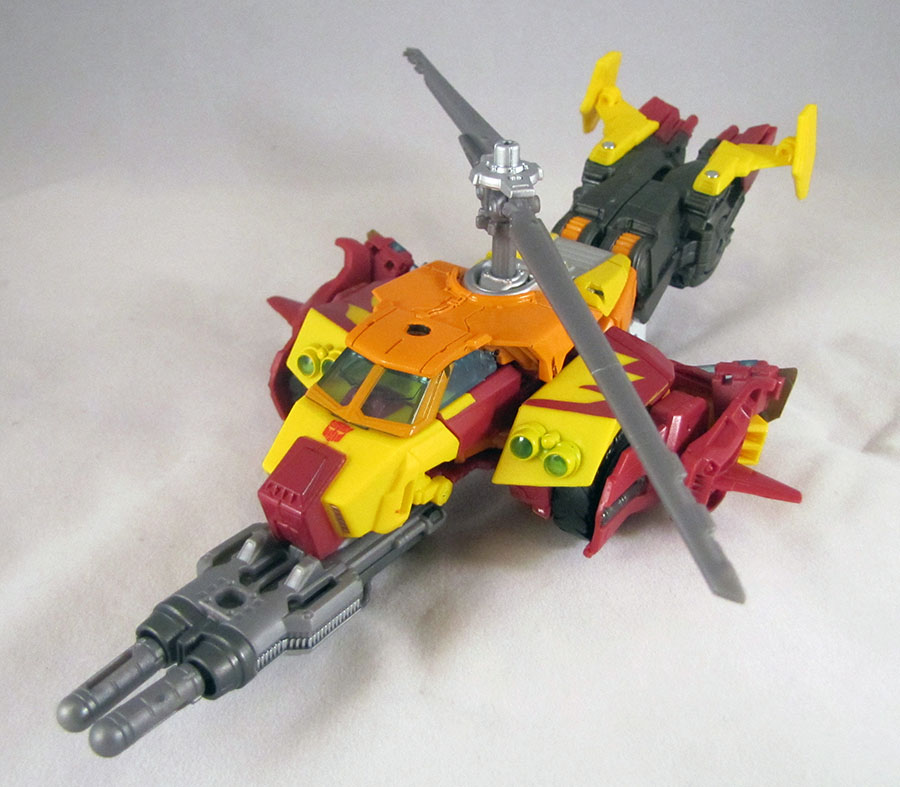 And in person, the toy is glorious to behold.  Its red has this vague magenta to it that isn't seen on enough Rodimus toys.  That combined with the orange and yellow makes the damned thing glow.  And it's painted meticulously -- it kind of has to be if it's gonna turn Springer's color layout into Rodimus's.