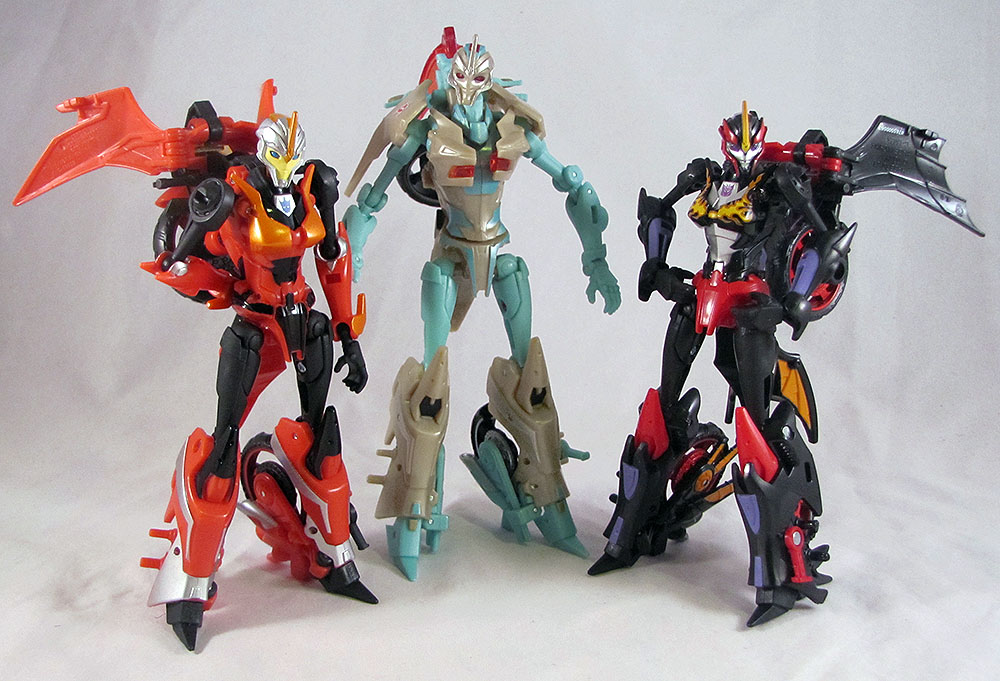 In a world where Arcee is basically the only girl Transformer who ever gets toys on the regular, while the powers that be are reluctant to redeco toys that aren't originally female into more females, female Transformers sure always look exactly like Arcee, huh?  Heck, just in the past month or so, Fun Publications has given us three female Transformer toys all based on three different versions of Transformers Prime Arcee.  Whoof!

It's BotCon's 20th year, and so BotCon gave us a bunch of toys that reimagined some of the toys of years past (like Shokaract).  Flareup and Flamewar were from Fun Publications' first BotCon in 2005, and both were toys based on Energon Arcee.  (Though Flareup got a new head.)  So here they are again, now as redecoes of two different versions of Transformers Prime Arcee. 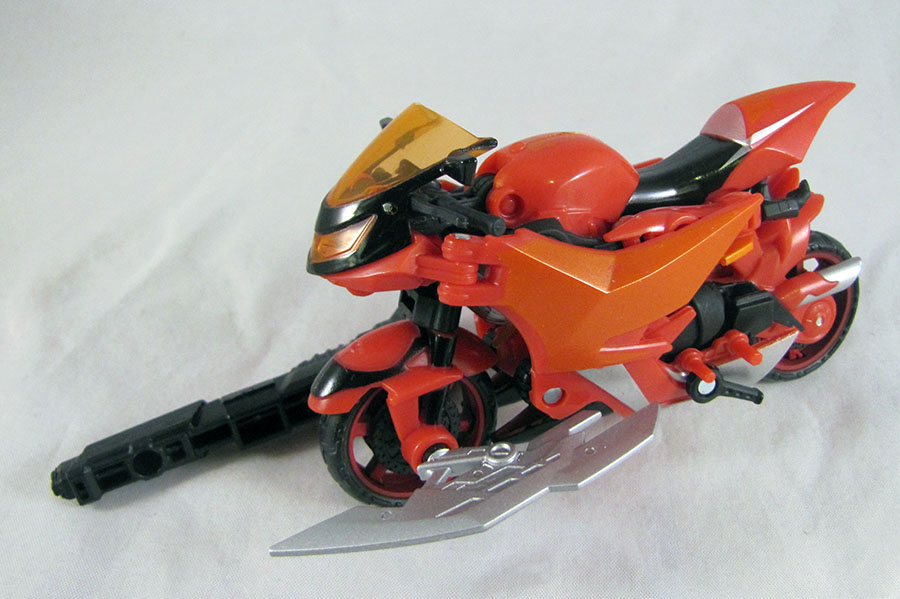 Of the two, Flareup is my favorite, I think.  But then, she's exactly the colors of my luau shirt I wear to conventions (orange, black, orange, and yellow), so I may be a little biased.  She's a straight redeco of Transformers Prime "Robots in Disguise" Arcee, the second version of Prime Arcee that followed the brief "First Edition" toyline.  I prefer this version of Prime Arcee the most, I think.  It's a little simpler than the First Edition and easier to transform, and so it's a little less unwieldy.  And so I'm happy to get it in orange. 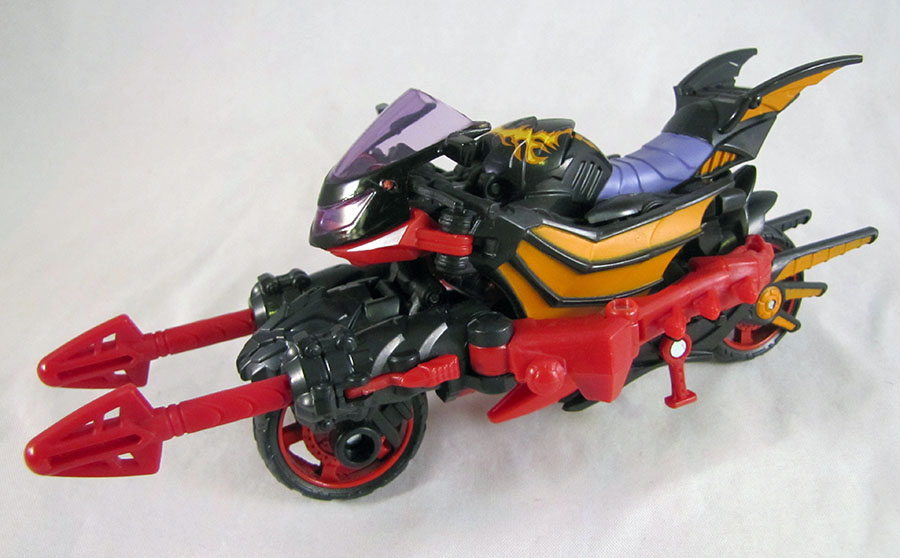 Flamewar is a straight redeco of "Robots in Disguise" Arcee's heavily-retooled Beast Hunters iteration, with lots of wings and sharp edges.  I don't have the retail version of this Arcee, partially in the hopes that we'd get a redeco of her as a different character later for BotCon, and my hedging has obviously paid off.  The Beast Hunters version of the mold also has a giant crossbow weapon which feels about as large as the rest of the toy.  It's kind of ungainly.  It's the reason I prefer the earlier version of the mold.  I mean, I like the wings and talons and what have you, but that huge-ass weapon is often annoying to deal with.

If you've been following BotCon news, you've probably heard about these two in the convention comic book.  Yeah, they, uh, get pretty objectified in there.  It's kind of distracting.  The comic pushes forward with the plot, as per normal, with pretty excellent art, because everyone else is all dudes, and then suddenly BAM, boobs and contorted torsos and panty-shots.  Oof.  Well, um.