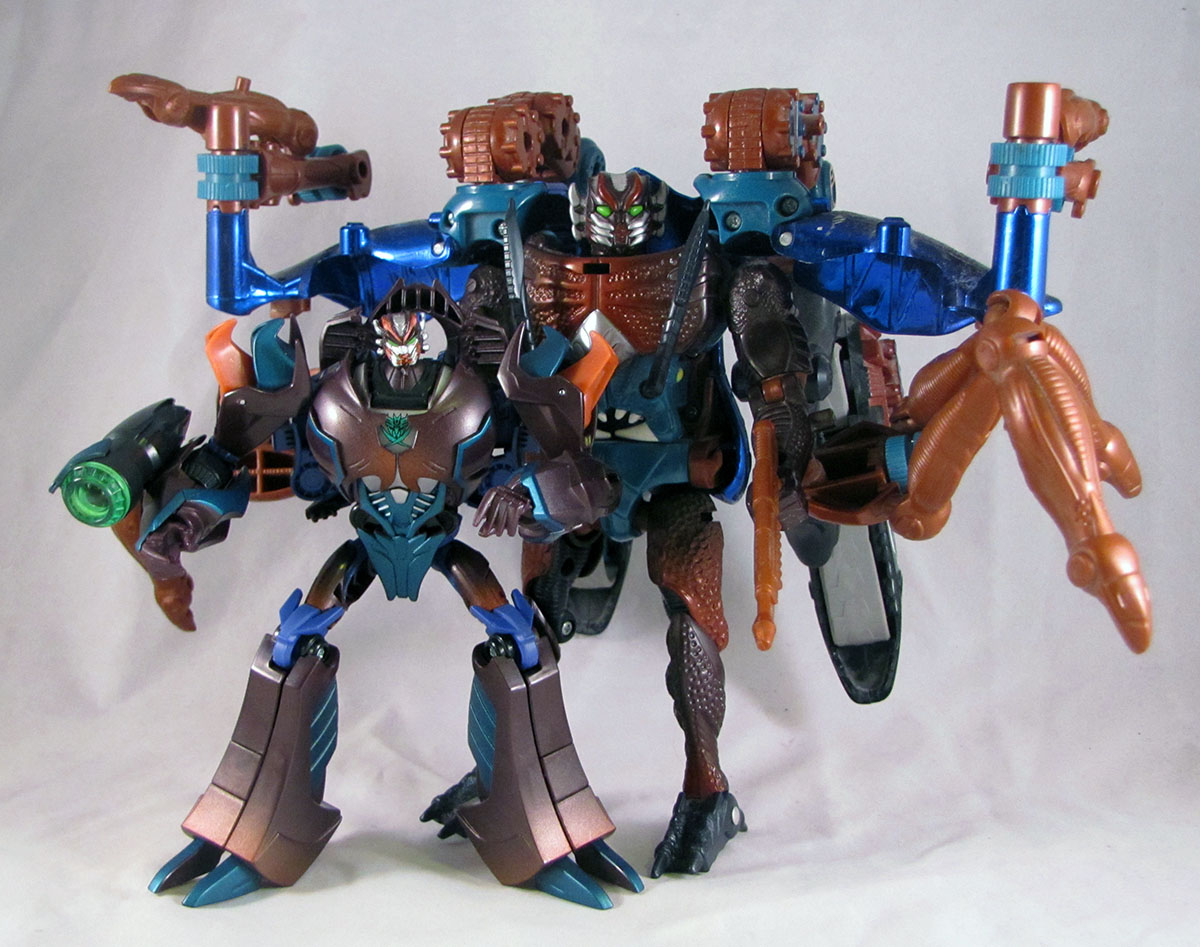 Way back in 2000, my third BotCon, we got two exclusive toys.  The first was Apelinq, Wrecker Commander, and the second was Shokaract, cruel lord of all time and space.  Once a lowly near-nameless Predacon grunt, the Hunter found the Dark Essence of Unicron buried on Earth and was awarded the Matrix of Conquest.  Now he was Shokaract, rule of Cybertron's future, powerful beyond measure, speaker of hilariously over-the-top Simon Furman villain dialog.  But since time travel exists, he guarded the Dark Essence zealously.  Of course, his own paranoia led to his downfall, and Shokaract's reign was erased from existence.

There's no way there'd ever be a toy of the Hunter!  That'd be just crazy!

Well, sometimes crazy works, and here we are fourteen years later with a danged Hunter toy.   Very recently we got a new toy of Beast Wars Rampage as this year's club membership exclusive toy, which mounted a very very very tiny new head on the body of Deluxe Transformers Prime Megatron.  A great idea with a kind of hilarious noggin.  Don't get me wrong, the thing is beautiful.  Absolutely gorgeous.  But that tiny, tiny head.  (It has to be, to fit in vehicle mode.)  Since Shokaract was originally a redeco of Rampage, folks clamored for a Shokaract redeco of him.  I did not.  I didn't think it'd be what I wanted.  Shokaract should be huge, not a deluxe.  Why would I want a tiny Shokaract?  It's not like they'd designate him his pre-Shokaract Hunter form.  And once we learned Club Rampage had a tiny head, that was another nail in the coffin as far as I was concerned.  Did not want! 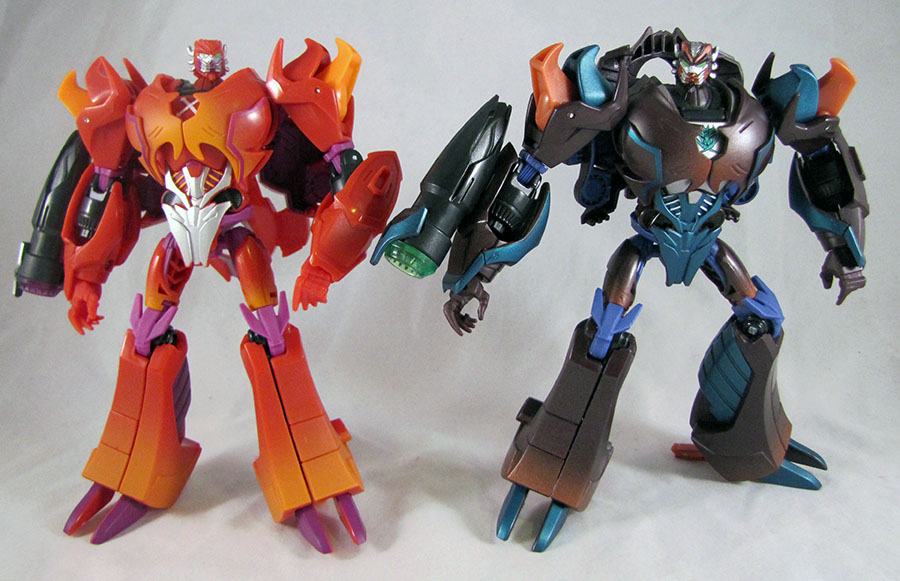 Well, old me was dumb.  I love this thing.  It's probably my favorite toy of the whole set.  Somehow, amazingly, in these different, darker colors, Shokaract's head doesn't look so puny.  I'm not sure how.  Maybe it's just the color scheme creating an optical illusion.  But it's surpisingly okay.  And the toy itself is astoundingly pretty.  Shokaract was always pretty, so it shouldn't be that surprising, but still here we are.  And, yes, the goddamned thing is officially the Hunter, pre-finding-the-Dark-Essence.  It's like a toy just for me! 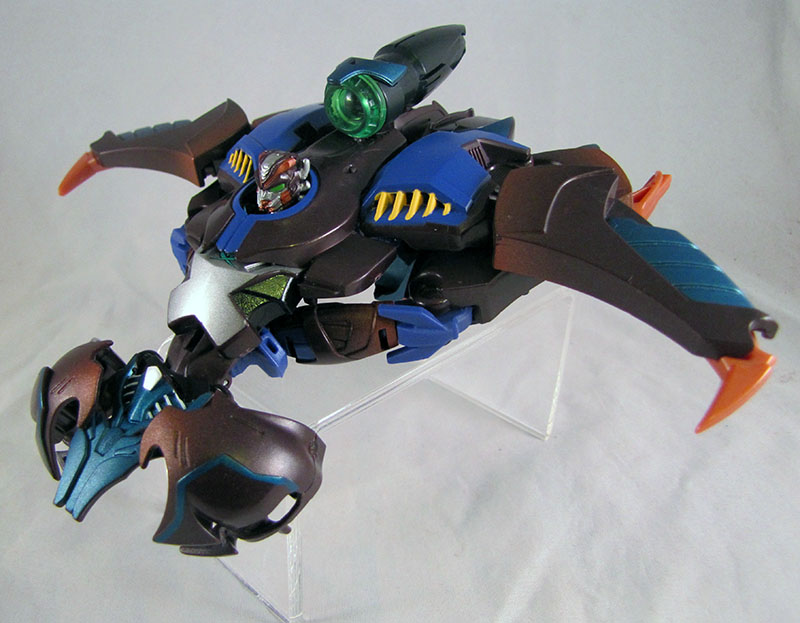 Plus it comes at a pretty opportune time, since the original Shokaract is covered in blue chrome that does not survive well decades past his production.  The chrome on mine was falling off like autumn leaves just by picking him up and moving around -- and that's without all the dusting I had to do to make him presentable.  I was dabbing lightly with a cloth to keep from scraping his surface off too much.  Oof.  Some day I will just have to bite the bullet and send the thing to Cheetimus to scrape and repaint the blue.  It won't be chrome, but it'll be something I can friggin' transform again.  It sucks when you can't handle one of your favorite toys which is super expensive to replace.

Anyway, the new one doesn't have chrome and so it's something that can actually be played with.  It's very, very welcome.  As of this writing, he's still available (with his fellow pirate Brimstone) on the Collectors' Club website and on Big Bad Toy Store.