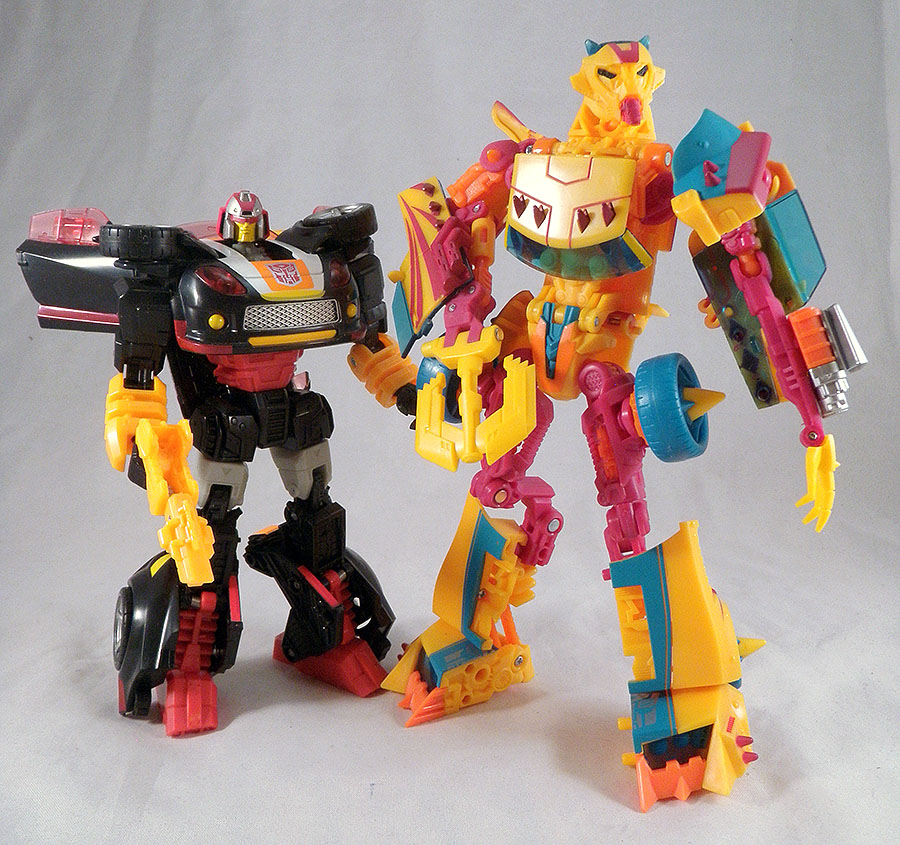 Yeah, I know, I haven't talked about the first two guys from this year's Subscription Service round-up, and yet here's the third guy, Circuit.  Well, there's reasons!  The first is I don't care that much about Scourge.  (Don't ask for him, if I decide he leaves my possession, I already have a friend who'll take him.)  The second is I really wanna talk about Slipstream, but I also want to take a photo of her and the other three Prime Seekers I have, and Starscream eludes me.  There's no other place he could be than in this box of Aligned guys I brushed off my shelves back when I got a new desk for my Cintiq months ago, but he sure ain't in it.  What the eff.

Also he's super gorgeous.  I know I'm not accompanied by many in that camp -- you know, the "aw man, yellow and teal and red and orange" camp -- but I am firmly inside its perimeter.  This is one of those toys that I feel was made just for me. 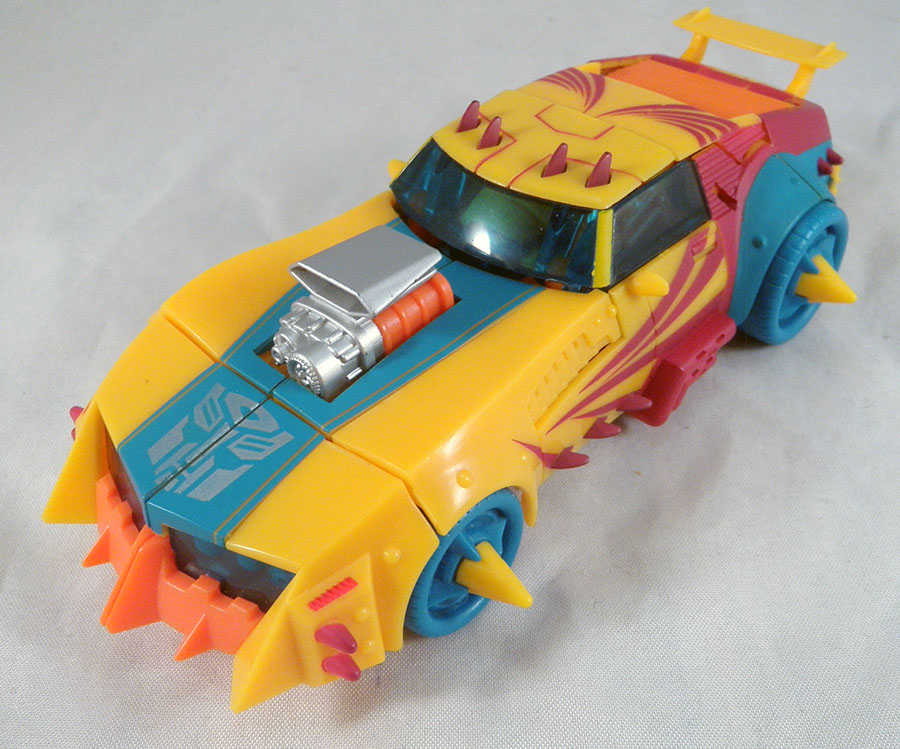 Circuit is a redeco of Movie Axor, just as the original Circuit was a redeco of the original Axer.  Just like Axor, this Circuit hails from the movie universes, specifically the splinter timeline from the UK movie comics where the Autobots lost the final battle of the first live-action film.  Despite that and despite his pretty movie-y sculpt, I have a very hard time seeing him as a citizen of any of those universes.  Not a lot of dudes in the Bayverse who are, y'know, yellow and teal and red and orange, specifically with teal tires with yellow spikes for hubcaps.  If there were, I'd like the movies a good percentage more.

If you like him, he'll probably be the cheapest of the subscription guys on the secondary market, so congrats.