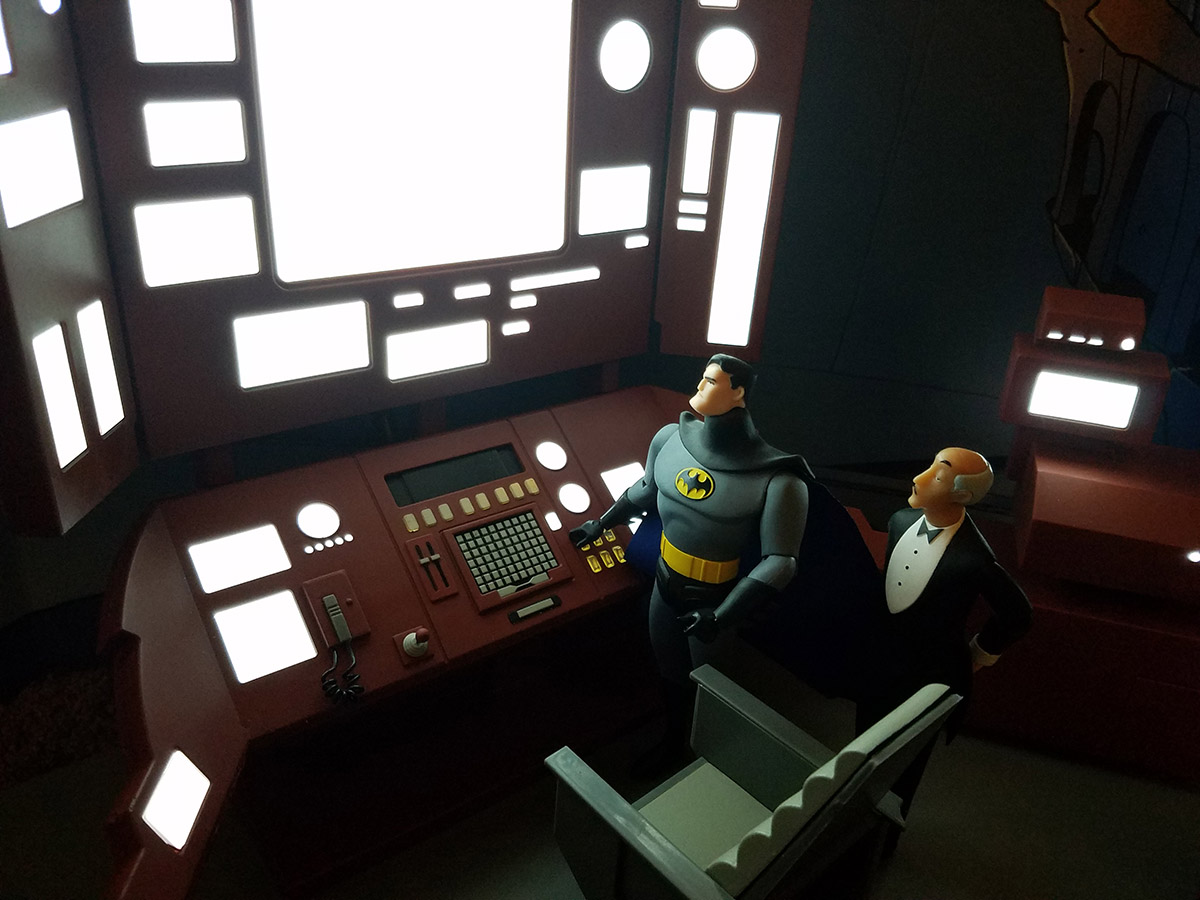 I'm pretty sure the Batman: The Animated Series 6" toyline is nearing its end.  I think there's only the Harley and Joker mega packs left (with the extra heads and accessories), and that's it.  And so the Batcave (with Alfred) is likely its last hurrah, as far as new characters go.

Which is why I bought it.  I needed an Alfred, and this is the only way to get an Alfred.

I skipped the Batwing.  Its, uh, footprint was just too big.  I mean, it's cool, but where would I put it?  The Batmobile is just narrow enough to fit on a shelf, but the Batwing is friggin' huge.  And so I skipped it.  However, the Batcave came along and it had the exact same problem.  It's like a foot and a half diameter.  A big-ass footprint.  But it came with Alfred!  And, again, I need an Alfred.  So I bought it, size be damned. 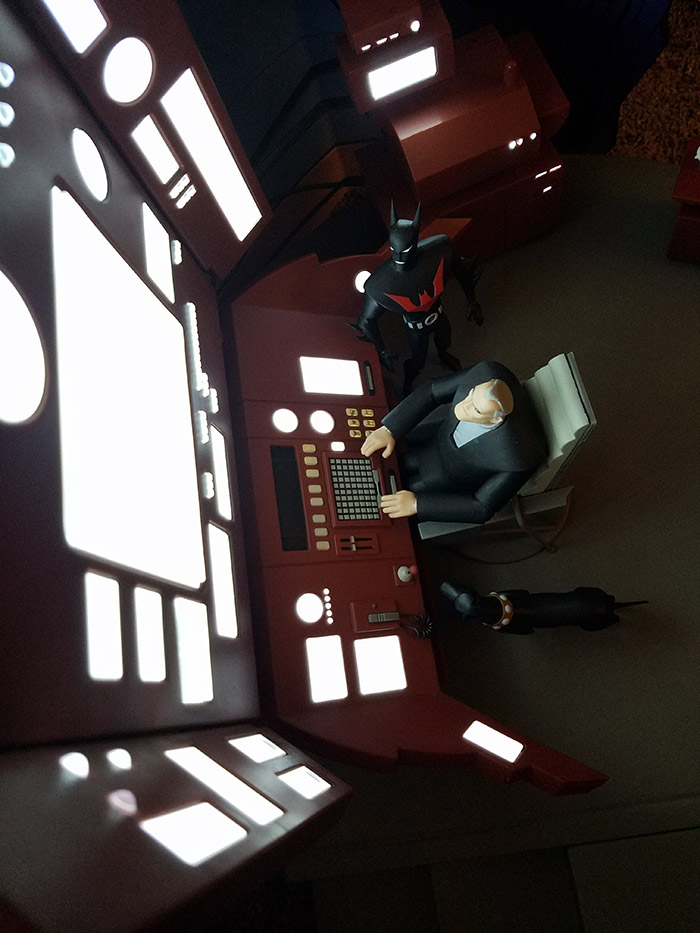 But you know what, I'm glad I have this Batcave thing anyway.  It's friggin' great.  I have no idea where it's going to go once it's no longer occupying the corner floor of my workspace, but I'm really happy I have it, regardless.  It's got electronic lights.  It's got incredibly bright electronic lights.  All of the monitors and a few other spaces besides glow with brilliant white light.  Turn off the lights in your room, flip the Batcave's on switch (under the medium-sized computer table), and happiness just floods your brain.  It's a pretty set-up.  Makes for some dynamic photographs.

There's a large sheet of stickers you can place over many of the lights/monitors.  A few different choices are available for the bigger screens.  I presume the stickers are translucent enough for the lights to still glow through them.  I'm not sure I'll find them necessary.  I prefer the more abstract, stark white.  If I make any of the monitors too "specific," it makes it harder to swap in, say, Old Bruce and Terry without you wondering why the heck they're looking at a huge monitor of Tony Zucco.  Also, none of the stickers have Clock King on them, so what's the point. 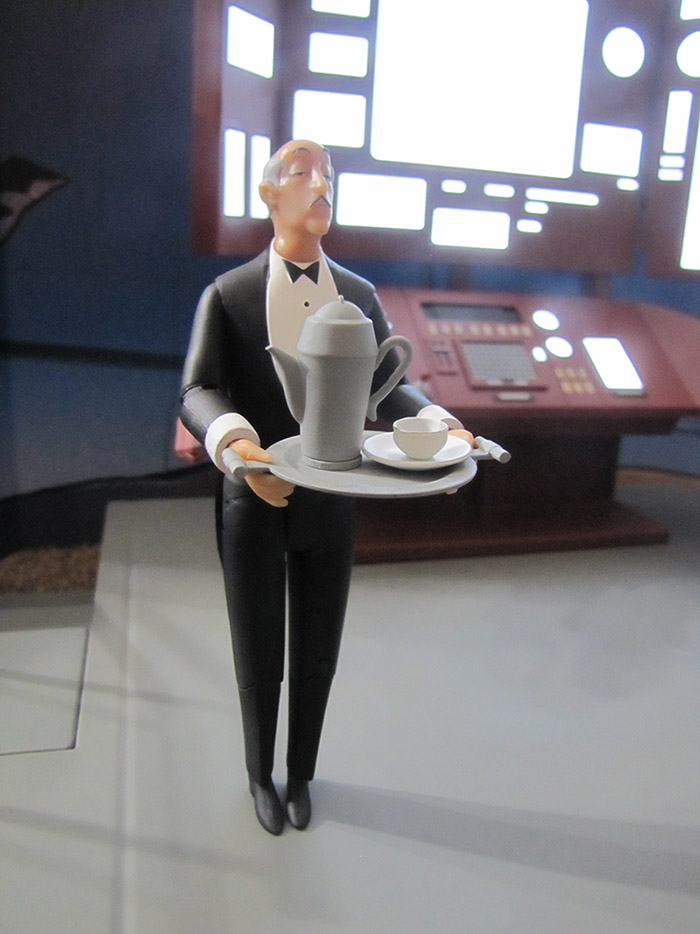 There's also a large cardboard backgrop of the background of the cave you can stand up behind the Batcomputer.  This is excellent, though I wish the little cliffs in the background were drawn with some thinner lines.

Alfred comes with a few accessories: a tray with some teapots and cups and saucers, some alternate hands, and a duster. 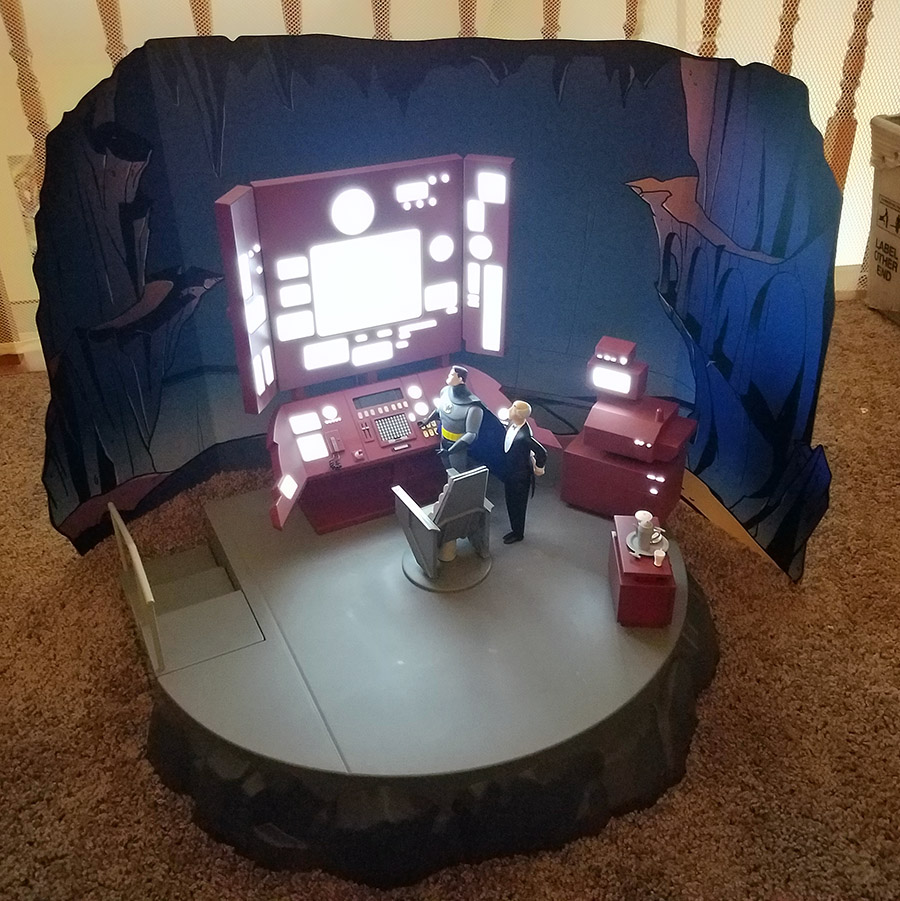